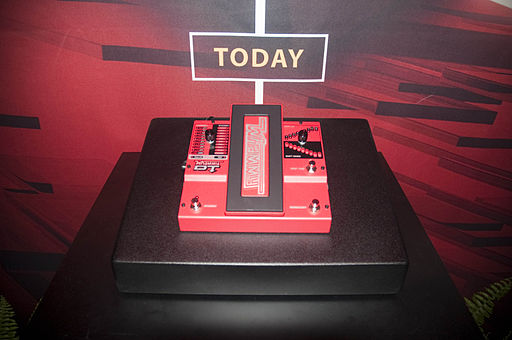 Who Uses a Digitech Whammy

What Songs have a Digitech Whammy

The Digitech Whammy was first developed in 1991, and since has gone through five iterations. It uses advanced note tracking to calculate the output frequency.

Where to Place in the Chain

The Whammy should be placed as early in the chain as possible, or in the effects loop. It should almost always come before fuzz or distortion, because it needs a clear signal to effectively track notes, and distortion can severely disturb this process.

A foot switch is used to turn it on, and the expression pedal is used to vary the amount of tuning/detuning. Rocking the pedal forward increases the amount, and backward decreases.

The device can be set to tune or detune in the following ways:

The harmony mode mixes the dry signal with one of the following harmony notes, and can be adjusted further with the position of the expression pedal:

Makes a copy of the input signal, detunes the copied signal, then mixes both. Leaving the pedal up leaves the signal dry, rocking forward increases the mix. Shallow mode is a slight detuning, while deep mode is a more pronounced detuning.

Leaving the pedal in classic mode is best for playing leads or single notes, and the chords setting uses a more advanced polyphonic tracking algorithm to track entire chords.